The song is a protest. Billie Holiday’s voice is soft and raw when she delivers the words to Strange Fruit: Southern trees bear strange fruit / Blood on the leaves and blood at the root / Black body swinging in the Southern breeze / Strange fruit hanging from the poplar trees

It was originally a poem written by Jewish civil rights activist Abel Meeropol about the 1930 lynching of two Black men in Indiana. Holiday performed it at the end of every show for twenty years, but with exacting specifications. Service would stop, and the room would dim, save for the one spotlight on her face. It was always the last song she would sing. When it was over, the spotlight went out, and when the lights came back on again, the stage was empty.

It wasn’t necessarily a popular song. Though she was supported by civil rights activists, there were many patrons who would walk out in response to Strange Fruit.

Unfortunately, Lady Day’s choice to perform the song as she did earned the unwanted attention of the Federal Bureau of Narcotics. Commissioner Harry Anslinger forbid the singer from performing the song, and Holiday refused to comply. He targeted her for the twenty years she performed it.

At the age of 44, Billie Holiday was hospitalized for the heart and liver problems she suffered from after years of drug and alcohol use. This was his chance; Anslinger had her handcuffed to her hospital bed, and guards were placed outside the room. He forbid doctors from treating the singer further, and she passed away, despite her initial improvement.

With $750 hidden in her body and $.70 in the bank; after a difficult upbringing and a challenging life and a history of addiction and a career built upon her beautiful voice that she used to protest a very real social justice issue; handcuffed to her bed and denied treatment–Billie Holiday died in a matter of days.

We can do better than this. 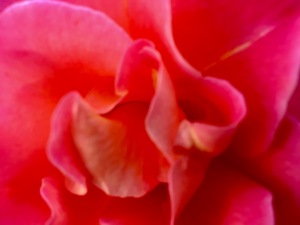